The mud rotary process is similar to that used for rotary air drilling except that water is used to transfer the fragments back to the surface instead of air. The slurry that’s produced enables geologists to perform their analysis.

Rotary mud drilling is a popular and dependable extraction method. The weight, viscosity and filtration control of the mud during the drilling process keeps particles from floating around as the drill bores down deep underground. Encountering water, oil or gas pressure is not unusual during the drilling and the mud assists in alleviating the hydrostatic pressure that builds up.

The rotaries in the drill use the mud to remove unwanted cuttings that form at the bottom of the well and to cool down the drill bit.

The rotary mud process involves pumping down a mixture of drill fluid through the rod string to cool the bit and then travels back up the annulus carrying cuttings that can be used for analysis. Generally, a common technique for drilling oil/gas wells, diamond pre collars or water bores in unconsolidated or sandy formations.

Due to the ability for the drill crew to mix additives into the drill fluid, hole stability is greatly increased via filter cake on the walls preventing fluid loss, deterioration of the well bore and maintaining hydrostatic pressure, keeping the bore hole walls from collapsing or in the event of encountering an over pressurised formation, weighting agents can be added to balance hydrostatic pressure with formation pressure. 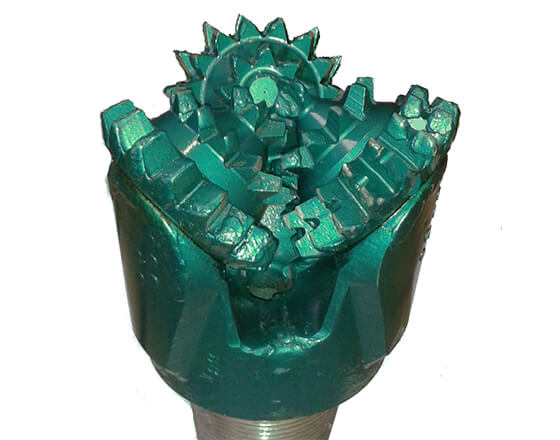